There was a really interesting show on BBC 2 last week.

“The second documentary in the Business Boomers series discovers why Britain came to have the biggest self-storage industry in Europe, when just three decades ago the industry didn’t even exist in this country.”  (source: www.bbc.co.uk)

(digressing slightly, the first episode in this 4-part series was fascinating also, and it looks as though the rest of the series is going to be good)

But, despite the title, this post isn’t about the monetary cost of self storage.

Storing stuff can cost us in so many more ways than just £ or $ (or whatever currency you use).

There can be a physical and psychological cost to storage – when what is being stored is clutter.

Storing clutter costs us time, effort and energy. It costs both physical and mental energy.

How do we define clutter? This is what I mean by clutter.

In simplistic terms clutter is anything that is not “useful, beautiful or seriously sentimental” (to quote The Perfect Housewife once again).

There are many reasons, but I’d suggest my top 3 reasons would be:

Personally I struggle with sentimental attachment to inanimate objects. In particular paper items.

I’m aware of this and have made major progress in not only decluttering items that would fall into this category, but also (and very importantly) not acquiring them in the first place.

Take for example these two items purchased on my honeymoon in 2002. 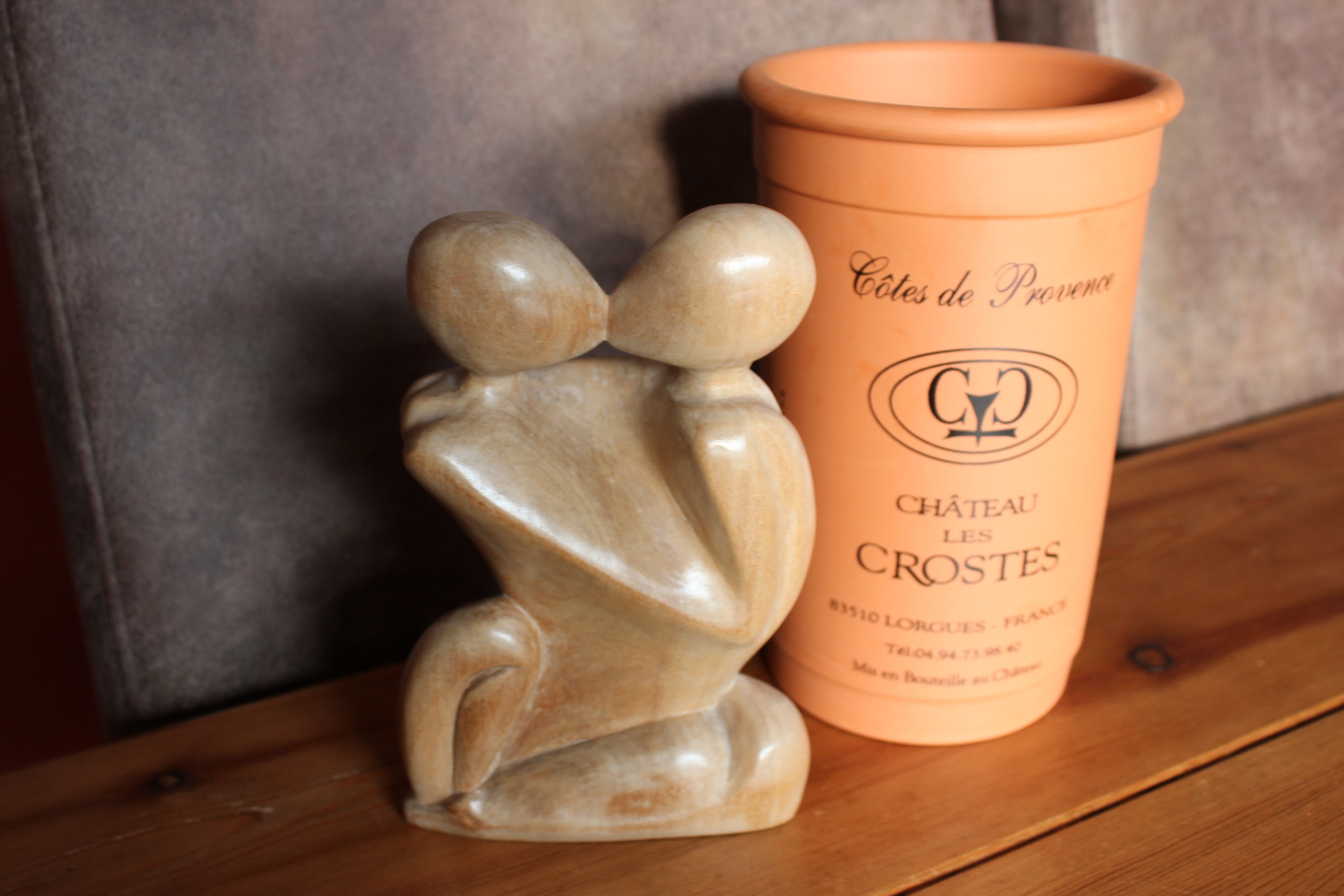 One is useful (keeps wine cool), in my eyes beautiful, and truly sentimental.

One is not useful, quite unattractive and not really sentimental. In fact the jury is out on where, on honeymoon, it was actually purchased.

Can you guess which is being decluttered? I’m wondering how it took up shelf space for 12 years. So, it was purchased on our honeymoon, but does that really justify it staying in our home when, in all seriousness, I don’t like it.

The unattractive (reminiscent of extra-terrestrial) kissing couple costs space in our home. It costs time and effort to keep it dust-free. It costs mental energy – every time I look at it, I wonder why it hasn’t yet been donated to the local charity shop.

Aspirational – keeping things because of someday…

There’s always the temptation to keep things for future use. For me, aspirational (what I will do one-day) clutter tends to be project clutter.

There are so many potential creations to be made. I easily become cluttered with items and bits and pieces that I will never, realistically, upcycle.

When it comes to the Kids, there are accessible toys that were bought and not played with. Nagging at the back of my mind is the possibility, that remote chance, that they will play with them someday.

This wooden castle took 4 hours to construct one Christmas Eve, and has been played with the grand sum of 2 hours in total in 3 years. 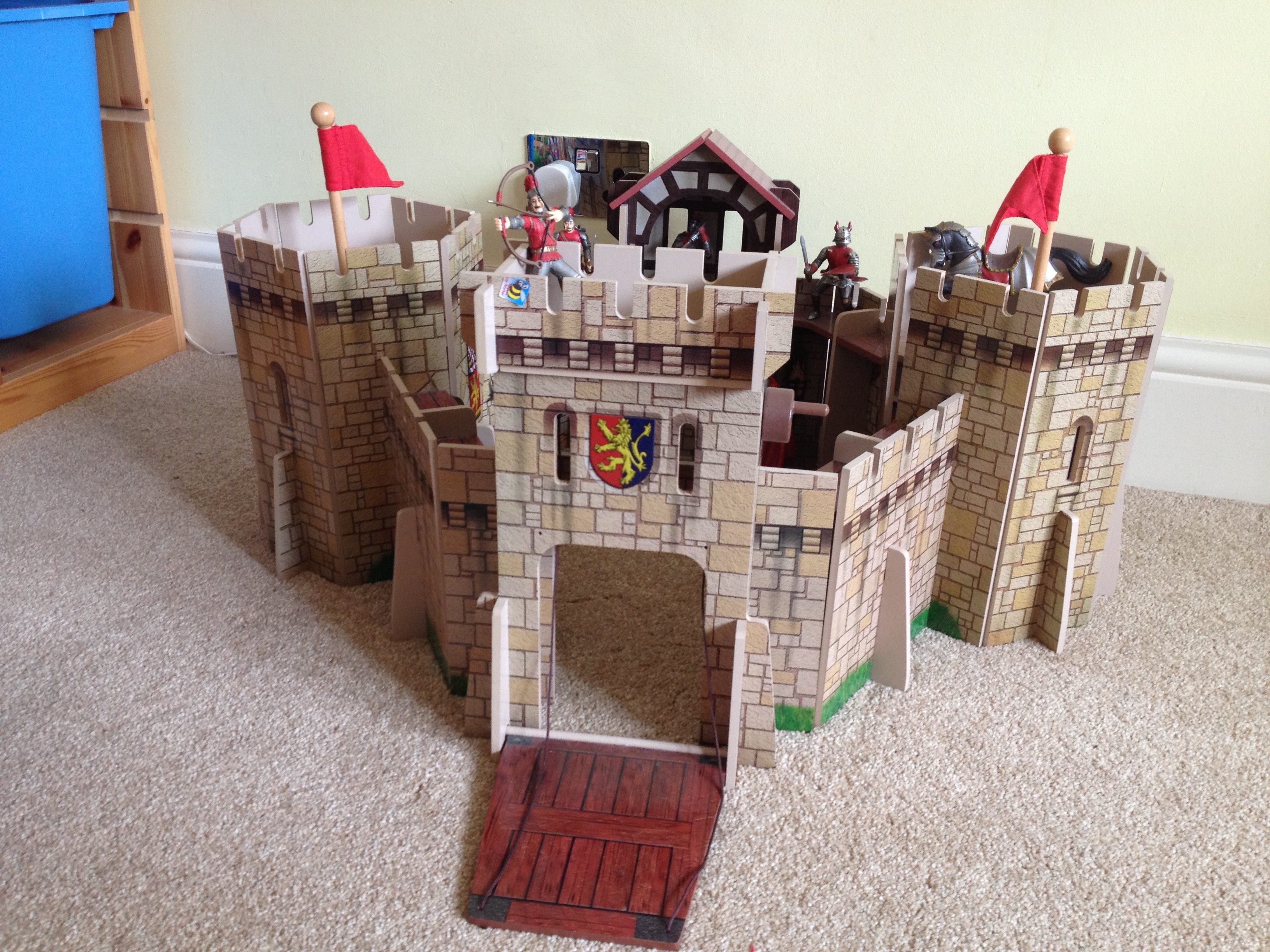 Not an easy toy to store. Re-assembling the castle, as and when, isn’t really an option.

(This is what declutters indecision is to me)

It is no more. It has gone to another home where, just maybe, it will be played with as it should be.

And this is where we return to the subject of cost.

The castle is a substantial toy. It cost a substantial amount of money, in relation to how much it was used. I’d estimate £40 per hour of play.

But, the cost of storing it is even more substantial. It takes up space that could be used more productively. It takes effort to keep the dust from collecting on the turrets.

Most significantly, it costs mental energy just looking at it. I’m reminded, daily, that it shouldn’t have been purchased.

It could stay where it is, costing space, effort and mental energy – because it’s hard to admit it was a bad decision. But that won’t solve anything.

Things cost money. Is it not prudent to keep items that have cost us hard-earned cash?

Storing everything, for future use, can be exhausting. To cut your losses can be the sensible option.

If the item isn’t going to be used within 6 months (or in seasonal circumstances – such as Christmas – 12 months) then maybe it should be moved on elsewhere?

Hand on heart, so far this year I have had one incidence when I have ‘decluttered ‘something, only to find I could have recycled/upcycled it successfully. 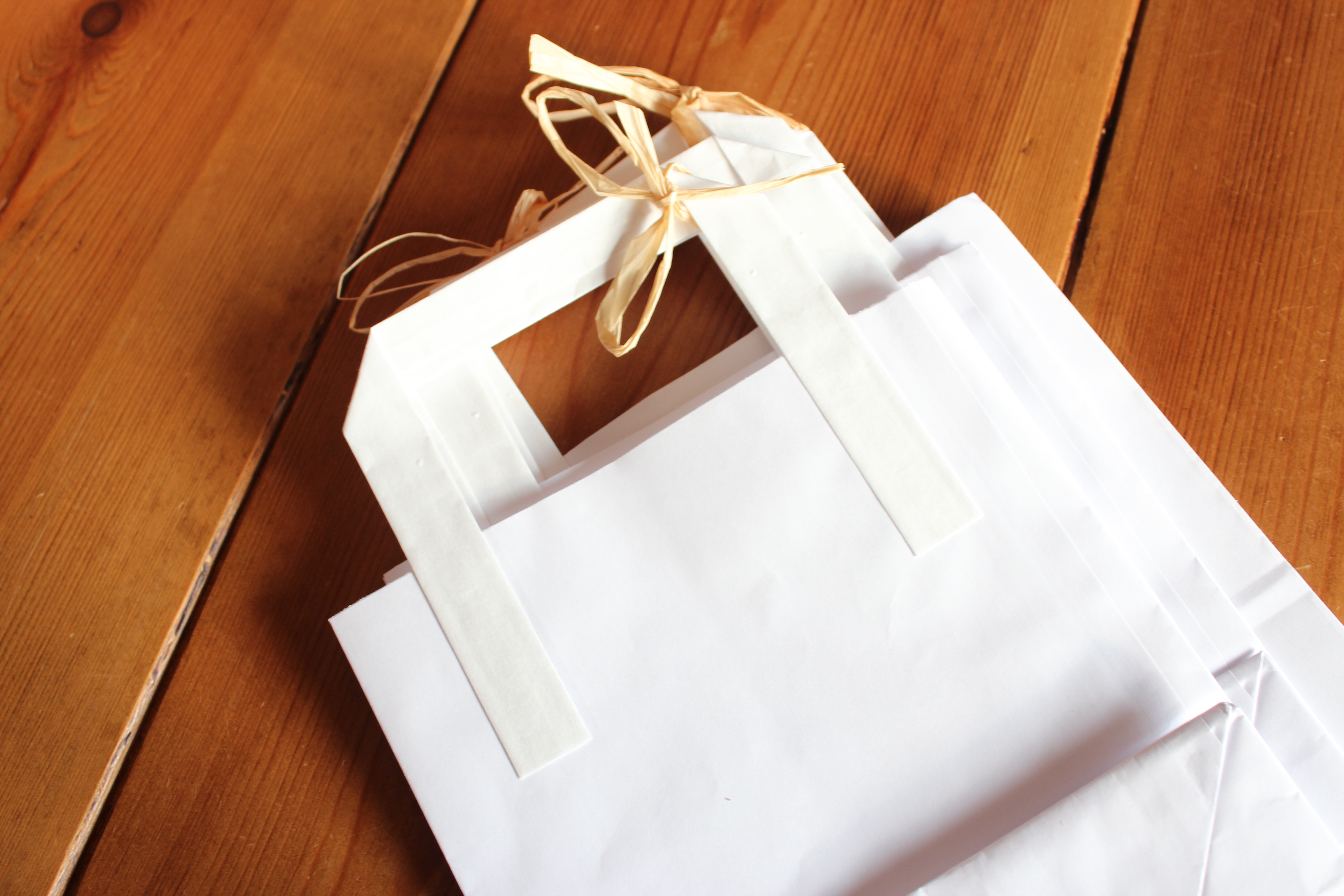 How much in monetary terms did it cost me?

That won’t be costing me any sleepless nights.

It was one of many items that I decluttered in one purge. All the other items, of which there were many, cannot even be recalled. I can’t remember what they were. They no longer cost physical or mental space.

Do you agree? Disagree? Do you store or declutter? What’s the true cost of storage to you?