It’s a sign the kids’ are growing up when the old’s in the household take the initiative on putting the Halloween decorations out for the very first time.

Oh yes, we did not decorate until 30 October this year (whaaaat?) and only when I took the initiative myself.

In fairness to my offspring we had had a very busy half-term week off school last week and the focus was not on the spooky season but rather dusting off their shoes and heading up to Blackpool (the mecca of dancing in the UK).

We were so busy preparing that although we managed to get half-term homework done and dusted, pumpkins were neglected, and no Jack’O’Lantern’s carved (double whaaaat????????).

No pumpkins picked or carved? Yes that’s what I wrote. I can scarce believe it myself (a very Jane Austen term).

There is always a bright side.

This also meant I had no pumpkin flesh to use up. Honestly I find the innards of pumpkins ‘grown for carving’ rather revolting. Not a fan. It ranks alongside peeling tomatoes – not a fan of that either.

Then the Mommy guilt kicked in. No pumpkin flesh meant no seasonal dish to serve up for dinner on Hallow’s Eve.

Combined with the distinct lack of effort of actually picking and carving pumpkins, it was all too much. And considering the decorations had only just gone up too… slippery slope into apathy of not focusing on creating memories and enjoying the holidays! Even the little things in life should be commemorated, so skipping Halloween was NOT an option.

A trip to Aldi (not sponsored!) was on the cards. 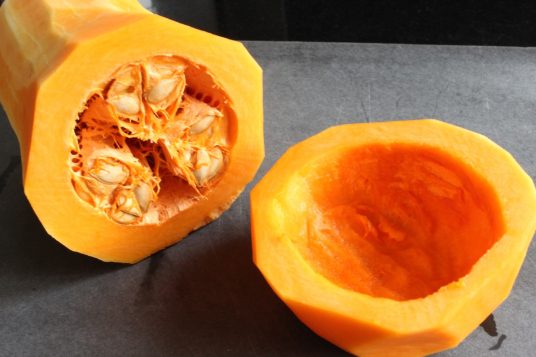 I like me a simple recipe and this sure is that. It’s also frugal, nutritious and tasty. Try it, I guarantee you’ll like it if you love a hot pot with a kick! This recipe will serve four comfortably and tastes great served with warm crusty bread and butter. Great also for using up vegetables (don’t forget I’m posting on #FoodWasteFriday). 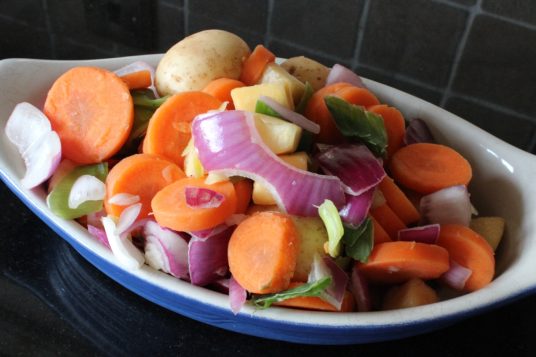 600-900ml of Vegetable Stock (have you seen my homemade stock recipe?)

Peel and dice the butternut squash into chunky pieces: 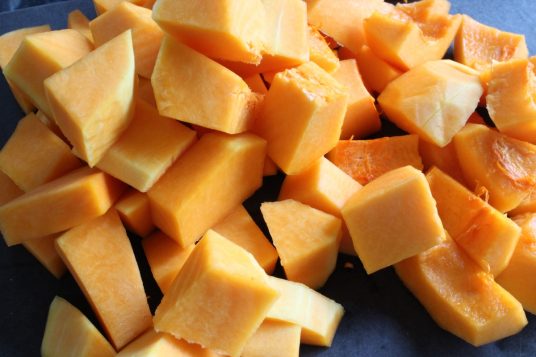 Add the casserole mixed vegetables and the squash to a standard slow cooker | crockpot and season with a little dried herbs and blackpepper: 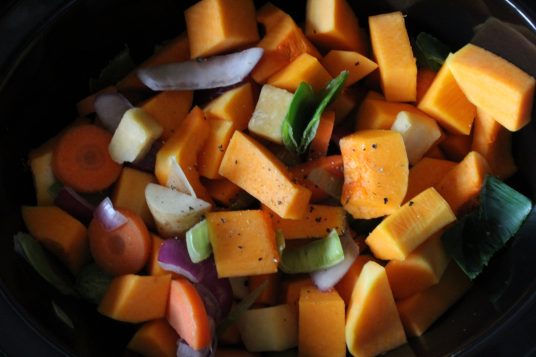 The vegetables should not be drowning in liquid: 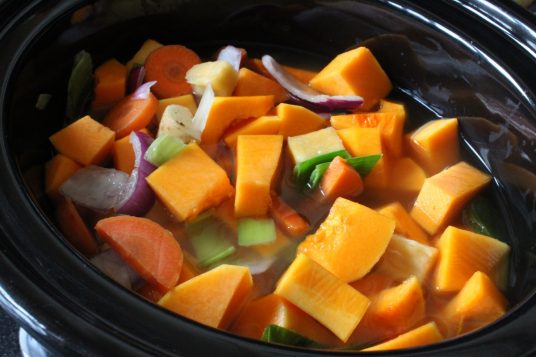 Now for the secret weapon – the kick comes from Patak’s paste (not sponsored – just sharing the love!): 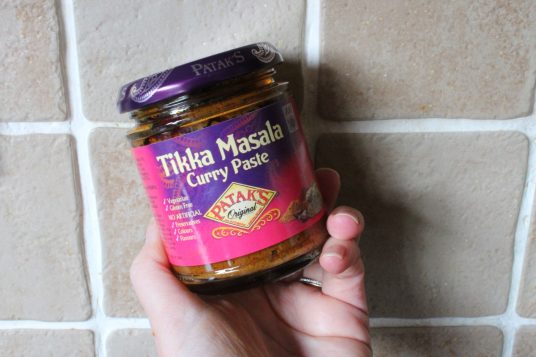 Add as much or as little depending on taste – I opted for 4 large heaped teaspoons and it was about right. Spicy but not too spicy! 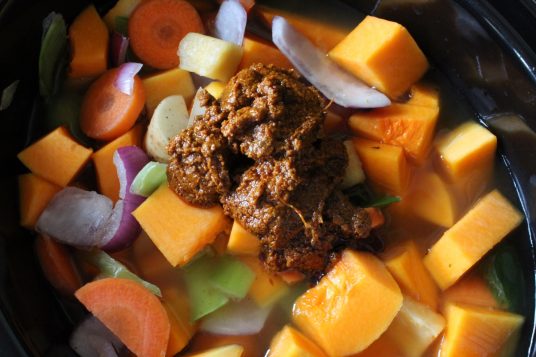 Mix the ingredients of the pot together, pop the lid on and make a start on the lentils: 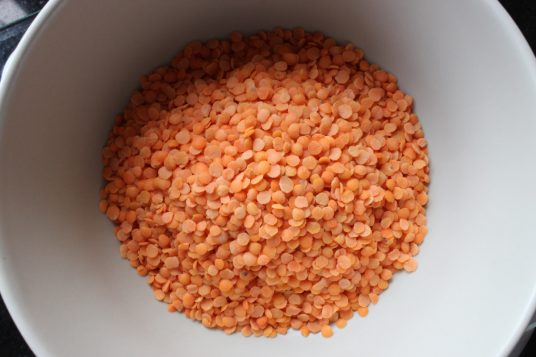 The dried red lentils need to be cooked before adding to the pot – cook them according to manufacturers guidelines: 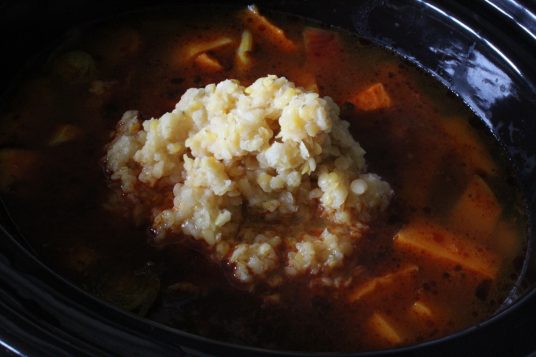 Mix the cooked lentils into the pot and leave to slow cook for 4-6 hours on high or 8-10 on low.

At the end of cooking add gravy granules or a cornflour paste to thicken the liquid to desired consistency. 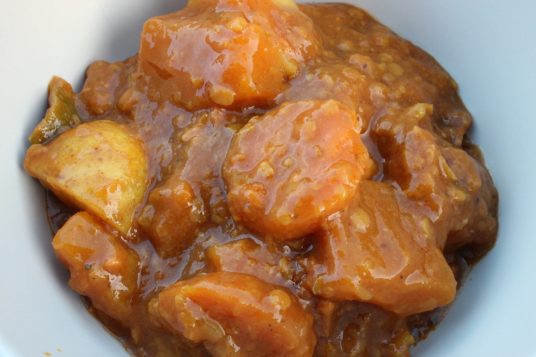 Dinner was served and guilt slightly subsided! In my defence we did have Jack’O’Lanterns of the reusable kind. Over the years we’ve painted a couple at pottery workshops, so they came to the rescue!

But next year I shall not be so unenthusiastic – I have high hopes for some spectacular pumpkin carving, and some tasty dishes to serve up with the leftovers… 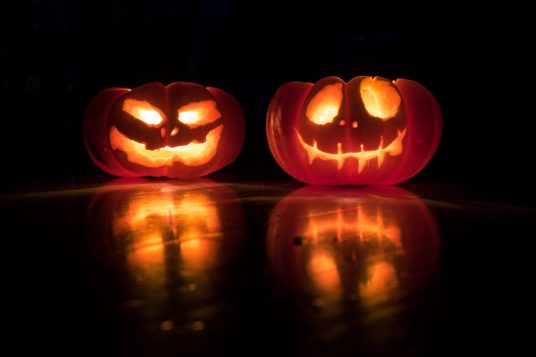