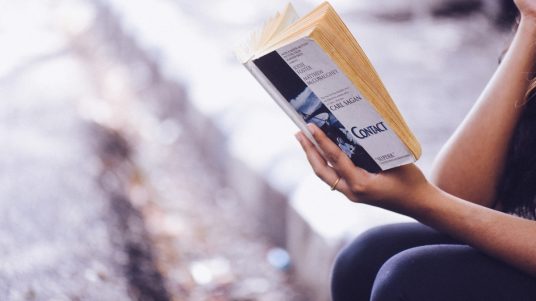 Photo by Prasanna Kumar on Unsplash

Although one can never be sure when anything really began, a quick Google returned this:

The ancient Babylonians are said to have been the first people to make New Year’s resolutions, some 4,000 years ago. They were also the first to hold recorded celebrations in honour of the new-year—though for them the year began not in January but in mid-March…

(*Note from me – Spring equinox makes sense to me – linked to spring cleaning and a fresh start. How motivated do we feel on a wet and windy UK day in January?)

…when the crops were planted. During a massive 12-day religious festival known as Akitu, the Babylonians crowned a new king or reaffirmed their loyalty to the reigning king. They also made promises to the gods to pay their debts and return any objects they had borrowed. These promises could be considered the forerunners of our New Year’s resolutions. If the Babylonians kept to their word, their (pagan) gods would bestow favour on them for the coming year. If not, they would fall out of the gods’ favour—a place no one wanted to be.

Whatever the origins of New Year’s Resolutions there is one thing for sure, they have stood the test of time with regard the ‘setting’ of them. Whether we then stick to them is another matter.

Waking up one day, say the 1st of January, it’s easy to feel unstoppable. It’s just one day. But then on the 2nd January there are still 364 (and a quarter) days stretching ahead – that feels much more daunting.

What if we broke it down into more manageable chunks? Rather than trying to eat the whole elephant we take it one bite at a time?

(I deliberately left publishing this post to the second week in January – I waited for the optimism of the New Year to wear off – reality may have set in.)

How do we stay motivated and build momentum, once the novelty of the New Year celebrations have worn off, and they are forever assigned to history as part of our Facebook timeline?

This weekend I stumbled across a Ted talk:

Matt explains his theory that 30 days is just about the right amount of time to add (or subtract) something from your life:

He asks “could you do something for 30 days?”

When committing to writing a novel he found the secret to be not to go to sleep until you’ve written your words for the day. This can be applied to any challenge. You do it or you don’t sleep. Sounds simple right?

Choose small sustainable challenges – ones that are likely to stick.

He asks “what are you waiting for?” –  What have you always wanted to try? Give it a try.

I’m going to break this down further – how about just 7 days. Or further still just 1 day.

Can you do something for just 1 day?

Matt’s Ted Talk got me thinking…

But what about if you do not know what you want to do?

If you’re just doing it for 1 day then the investment is so low that the opportunity to try anything is immense.

Pick anything – however tenuous, and try it for one day? At the end of the day what did you think?

Did you enjoy it? Would you like to do it for a 2nd day? Could you do it for a week? Is that then long enough?

Here are some suggestions:

My 30 day challenge (or rather 31 day challenge is ‘Dry January’) but I’m also trying to write at least 500 words a day (I’ve written over 700 just on this post alone), and also exercise daily (not got round to that yet!).

What will you choose to do for 1 day?