This is an impromptu post as I thought I’d share how we did the draw over here at Chez Wright for the Aldi UK Easter giveaway.

The original plan had been to video it and post it on Facebook. However I’m suffering a little after this morning’s half-marathon and didn’t fancy my chances at getting it done first time and uploaded (whilst being the independent adjudicator supervising 2 young children). With all that’s been going on training hasn’t been a priority. I’m thinking of setting up a new blog www.underprepared.com 😉

There were 20 entrants in the giveaway. On a wall sat 20 Aldi chocolate bunnies 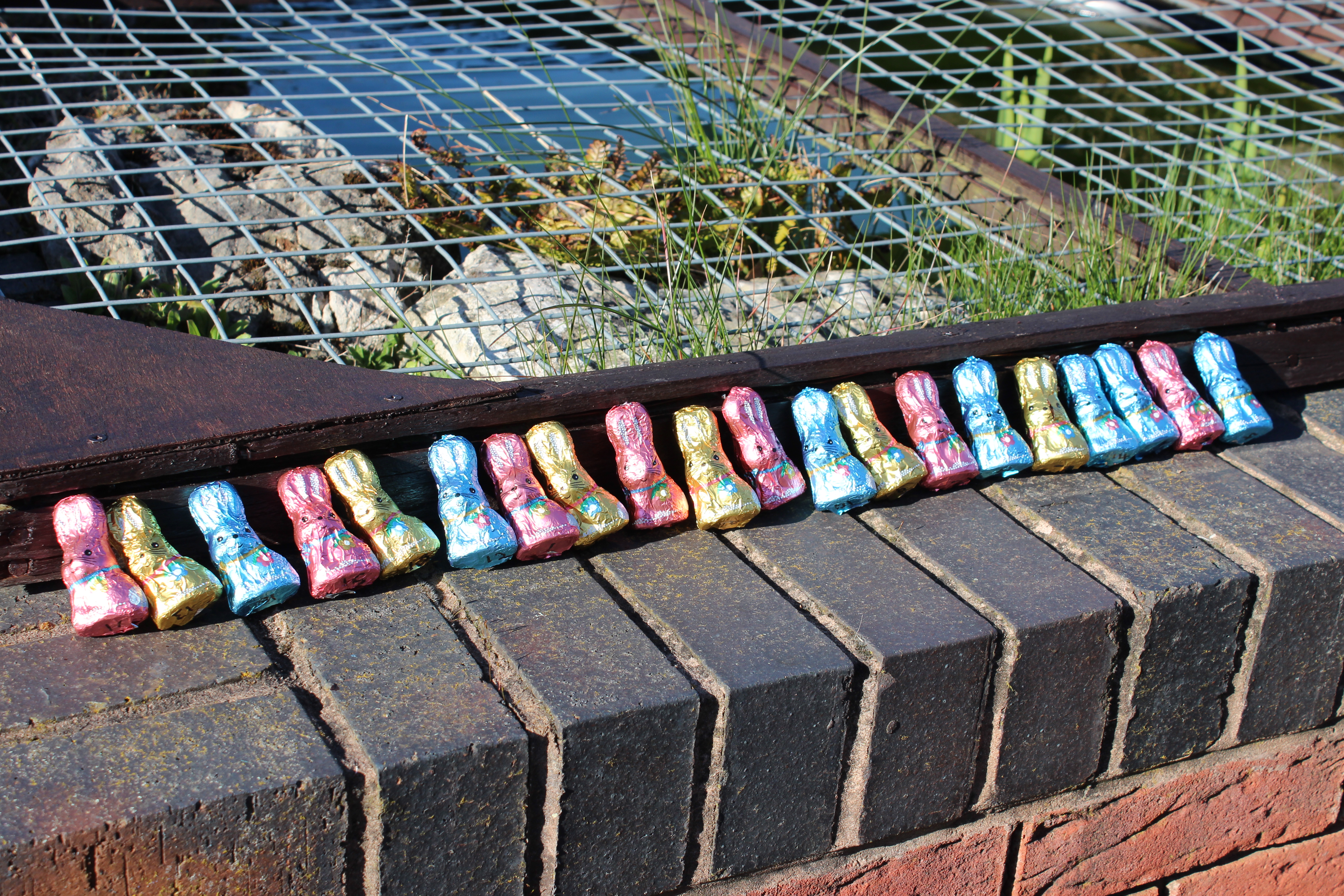 Leah had written numbers 1-20 on the bottom

(If you look back at Friday’s post – numbers were added to my reply to the comments – first comment number 1, second number 2 – you get the idea) 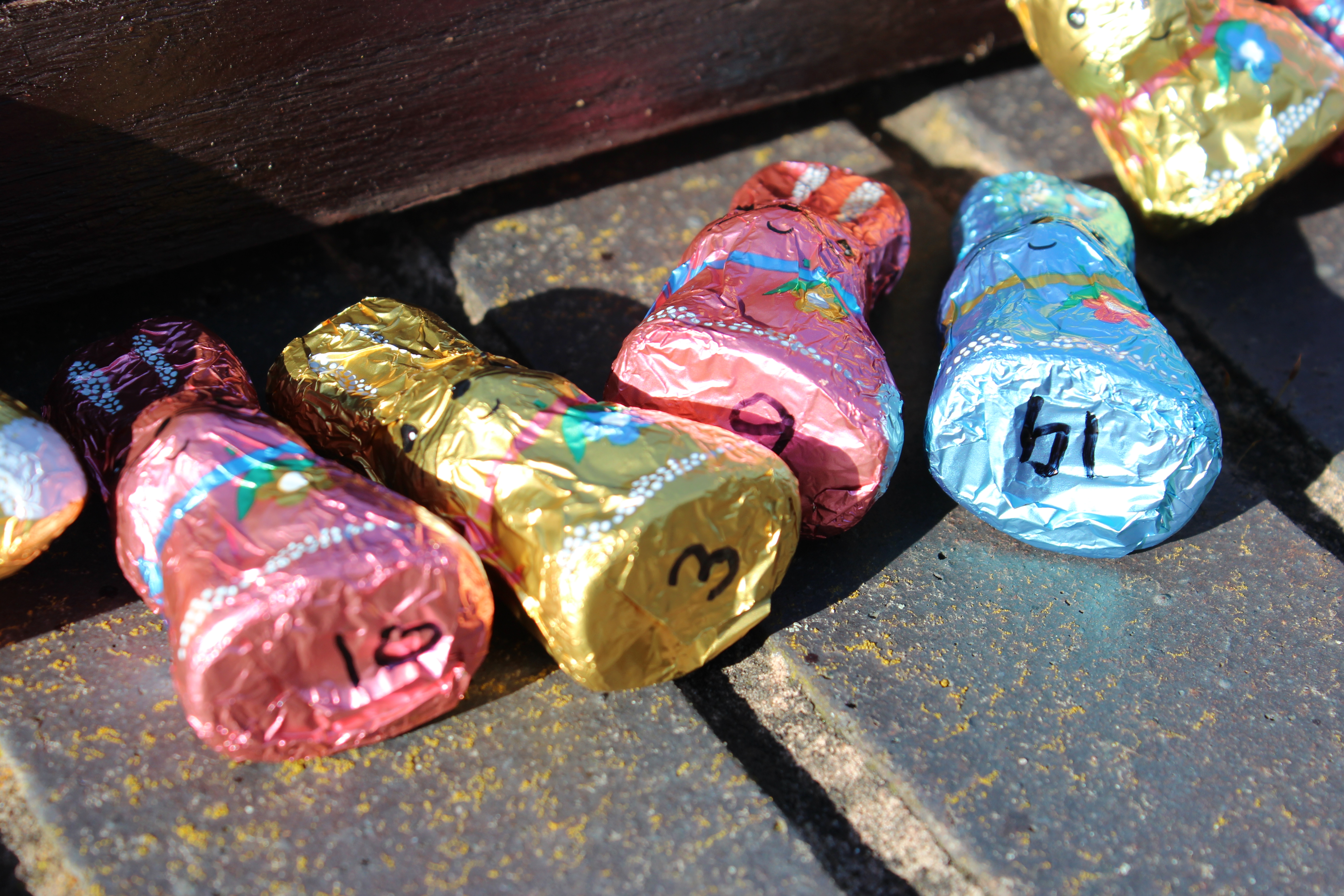 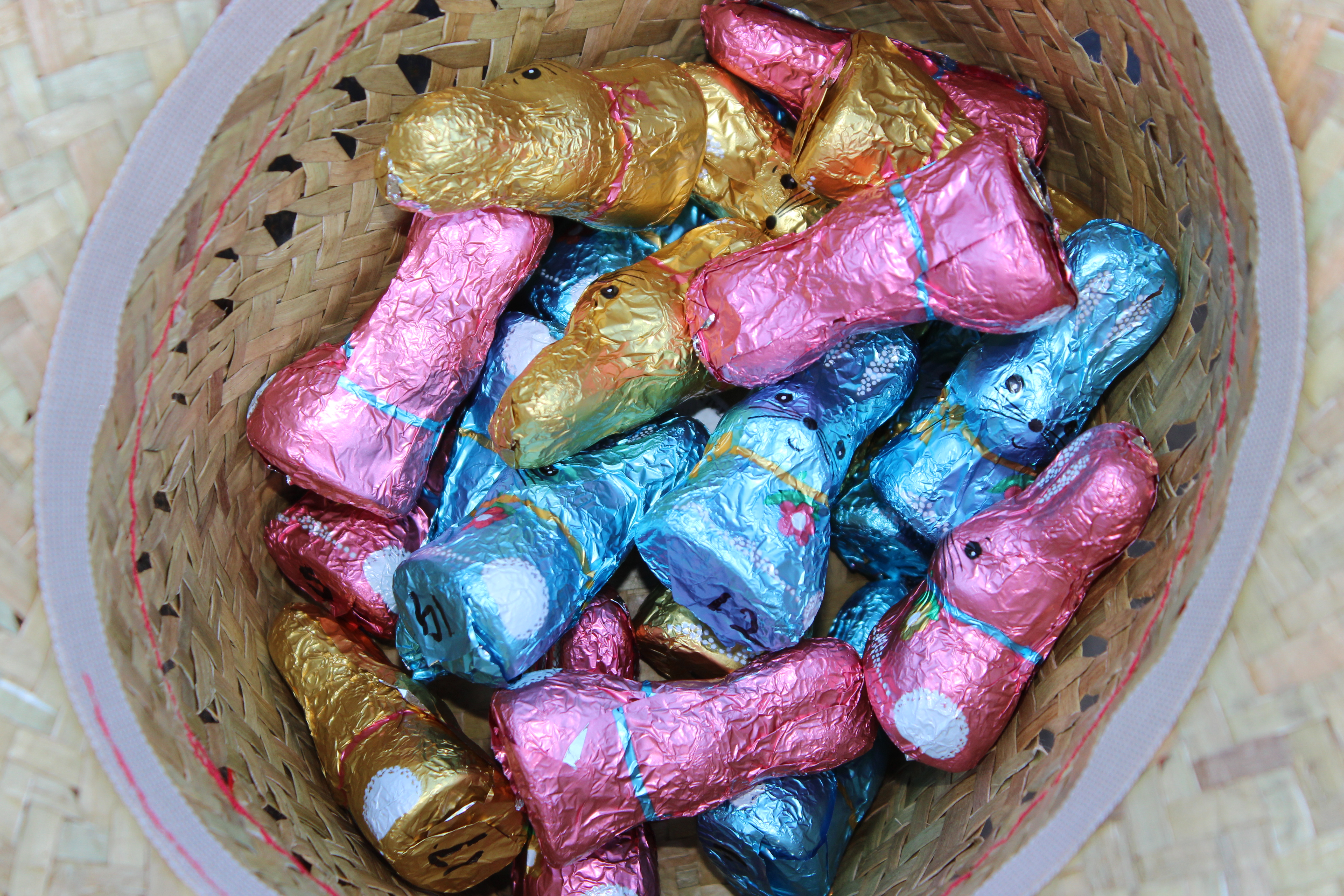 Rather than pulling a rabbit out of the hat, thought we’d go for a ‘bunny out’ to keep to the Easter theme.

Then Daniel (with eyes closed – although at 3-years-old he can’t really identify numbers very well – especially with his Sister’s handwriting) picked one. 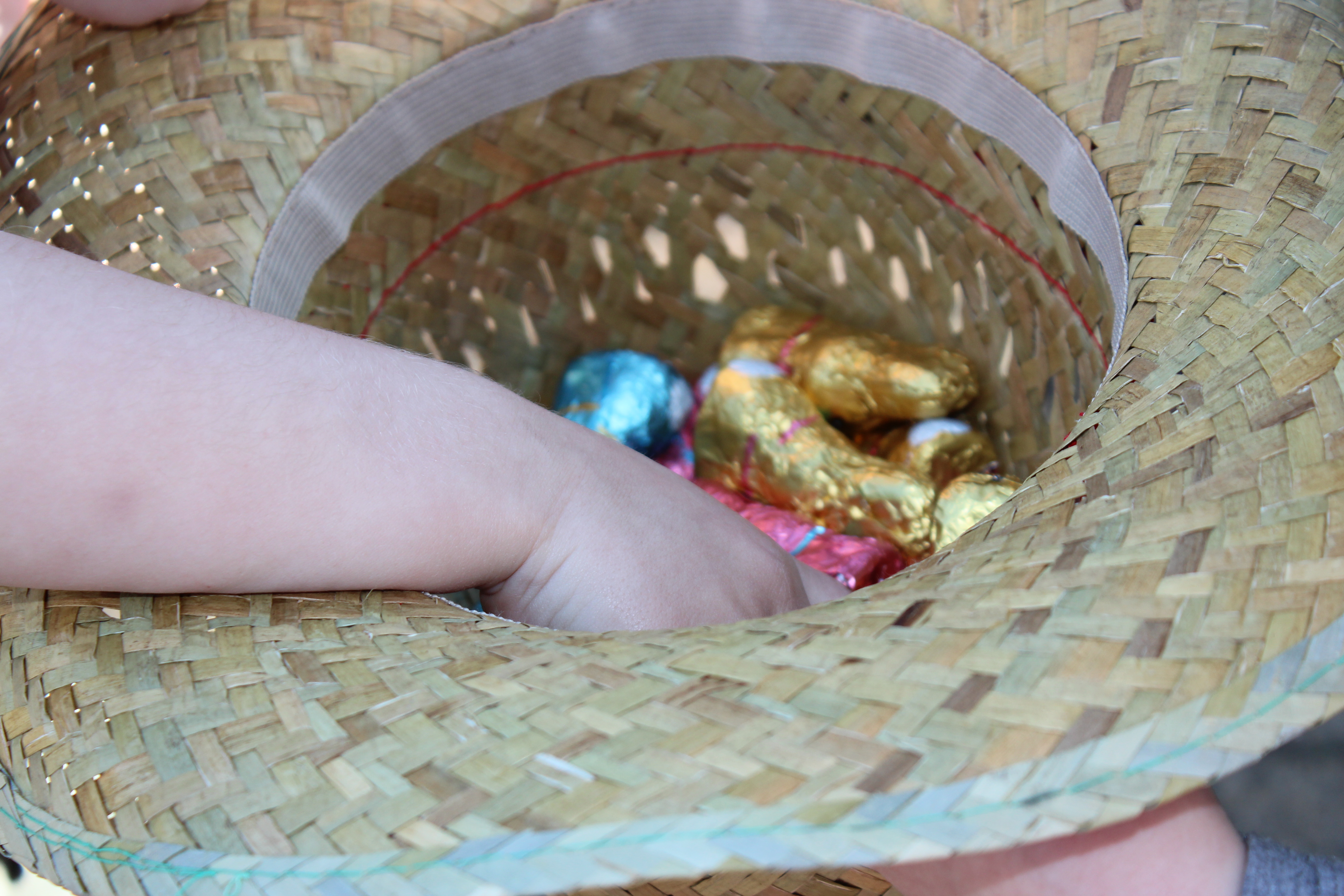 Out popped bunny number 20 – The winner! 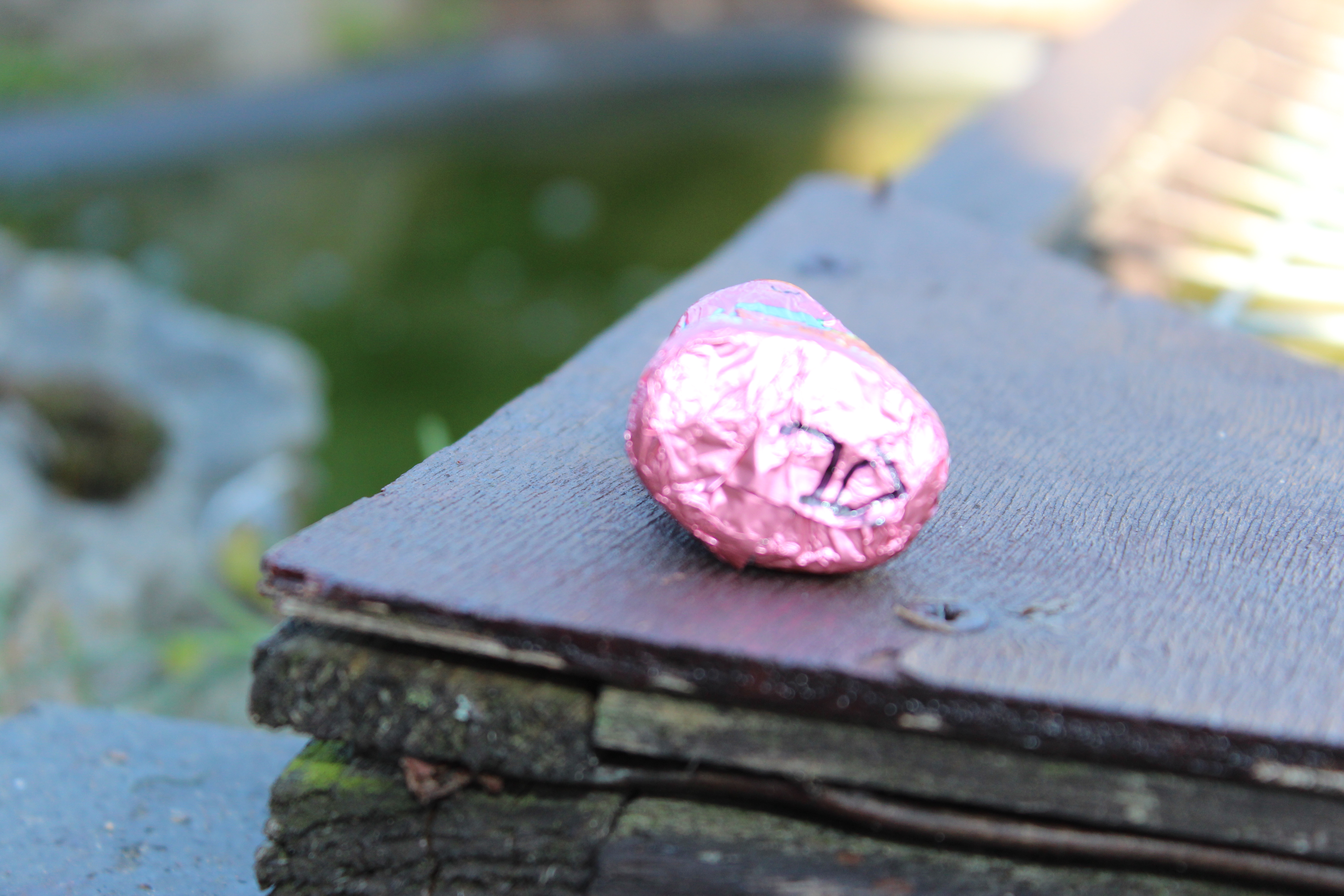 Then he ate it. Leah wasn’t overly impressed, so she drew one too. She ate number 4 (sorry Emma there’s no second prize :-)). The other bunnies will be kept for an Easter Day egg hunt.

Thank you to everyone who entered the giveaway. I can’t give you the name of the reader who won, as I don’t know it. However I do have their e-mail address and will be in touch later today to arrange delivery. Congratulations!

Thanks again everyone. I’m off to put my feet up, and maybe eat a chocolate bunny (or two) myself…