Not bad for a pair of boots that I originally bought off eBay 3 years ago second-hand for £35.

This will be the second year that I’ve debated whether to replace. They were nearly a ‘goner’ last May when a spanking new pair of shiny Dune boots arrived by courier. Then were returned. I couldn’t do it.

It’s becoming a matter of principle or maybe loyalty, I’m not sure.

Even my very frugal Mom commented ‘Why not get a new pair?’. Indeed why not? I’m asking myself that very question. But it’s getting harder to make that purchase. I most certainly have the ‘make do and mend’ bug.

13 months ago now I guest posted about how I consciously spend. A year later, if I’m in any doubt at all I don’t make the purchase. Previously if I was unsure, I’d have made the purchase, just in case.

So why don’t I replace them?

There is a tipping balance in everything’s life that to maintain is harder work and/or costs more, than to start over. Anyone who has owned a gradually deteriorating car knows this. When the annual service and repair bills increase year-on-year, it makes economic sense at some point to call it a day.

But I don’t think I’m there just yet. It’s not because I’m a die-hard superscrimper. Oh no, I don’t mind spending money, but I hate wasting money. I reckon there’s life in these old boots yet!

The sorry soles before shot 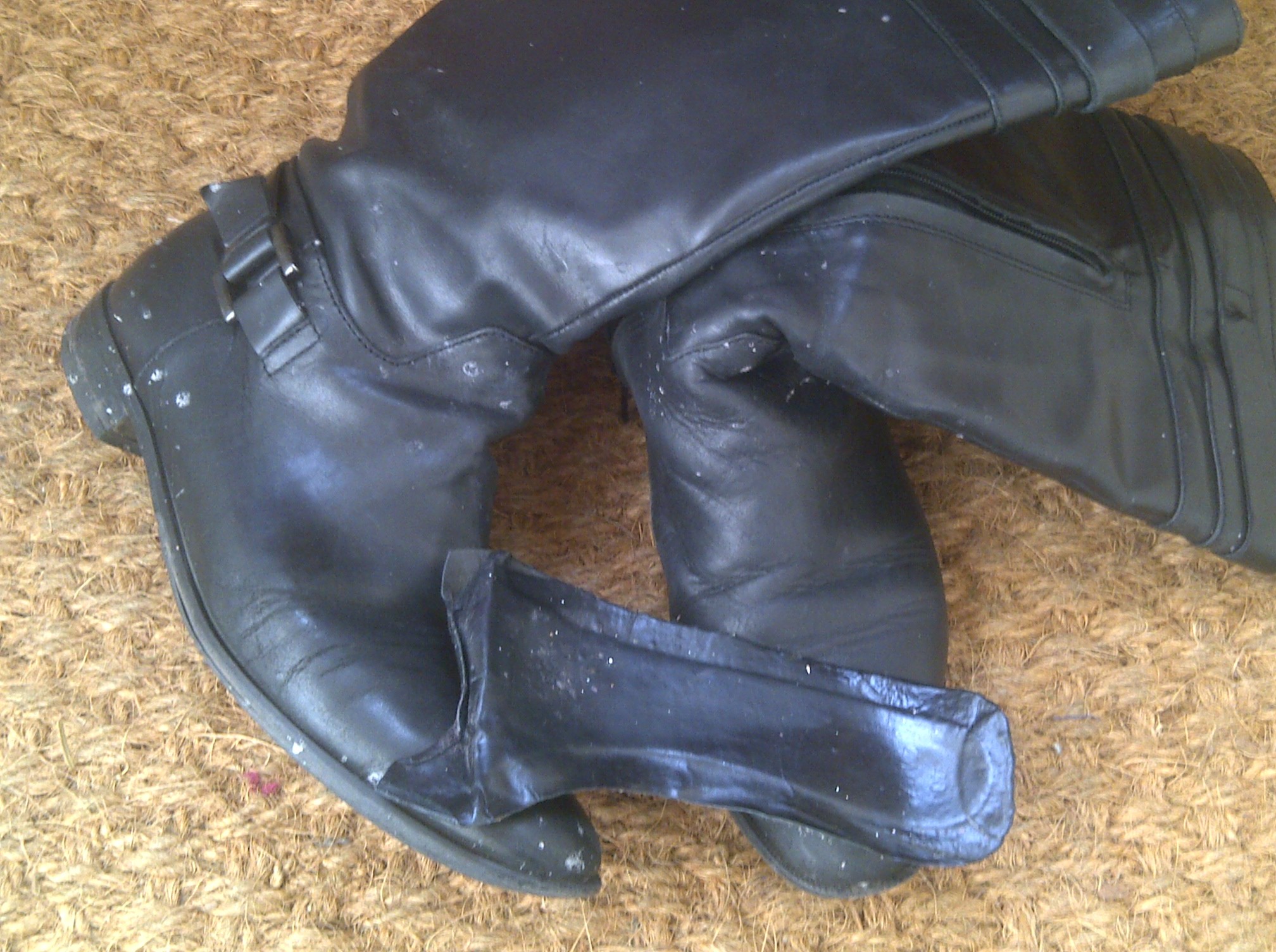 After a bit of elbow grease 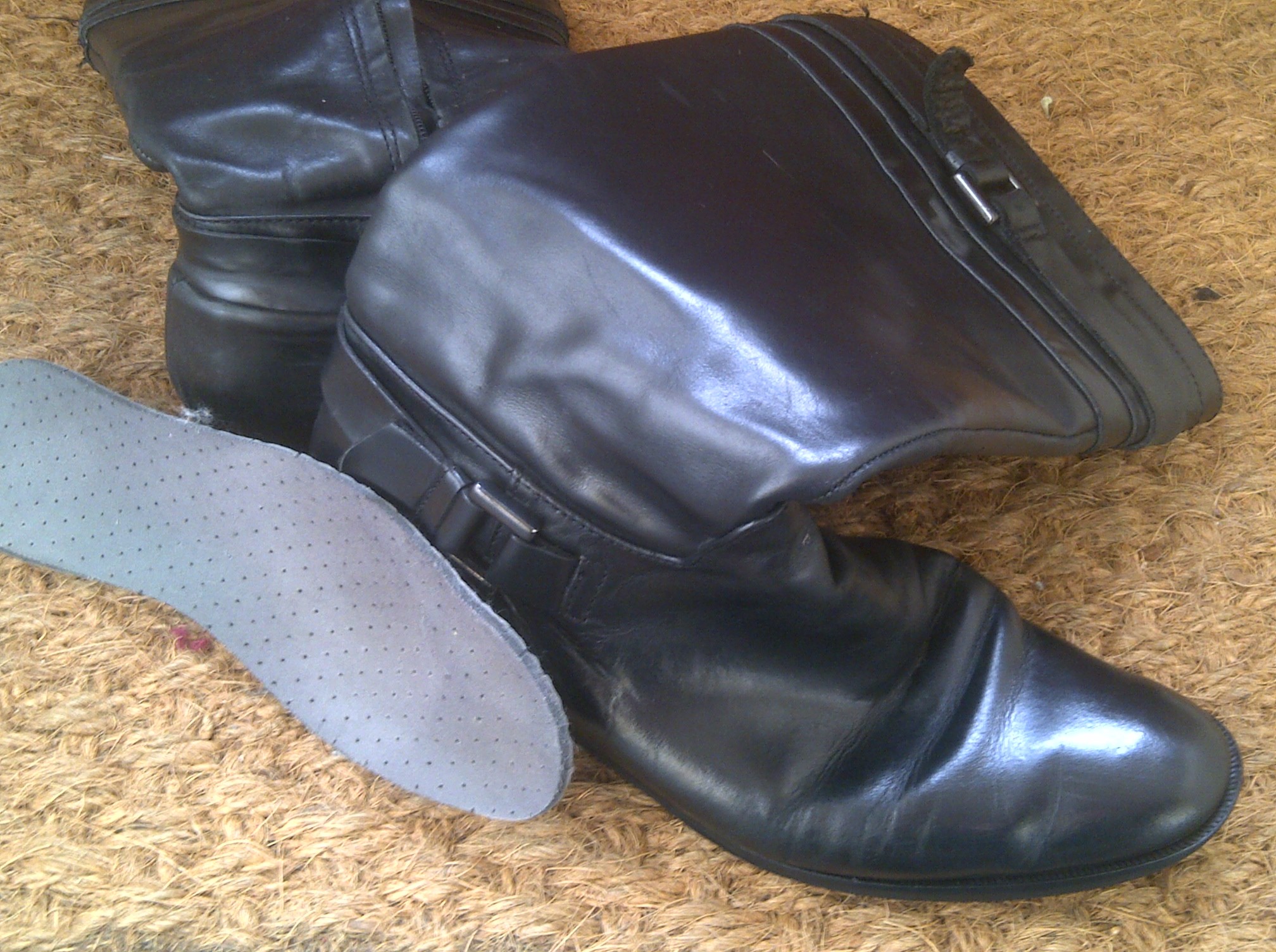 p.s. – If you haven’t had enough boot talk today then check out The Frugal Girl’s very own boot purchase. Looking good!

I’m now updating daily on Facebook, so if Facebook’s your thing why not head on over and join the conversation?