I truly believe the greatest gift I can give my children at Christmas is my time.

By giving time, memories are created. Memories last a lifetime. And potentially the memories we remember most are those that are reinforced each year.

Children never seem to bore of doing the same thing each Christmas. Think back to your own childhood, what did you repeat each year which seems to become one memory in it’s own right?

For me it’s putting satsumas and nuts out in festive dishes the week before Christmas. Anticipation building for the big day. Feeling as a small child that something was different at home, more exciting, warm, cosy with seasonal scents and the same (yes the same) films on one of the 3 channels that transmitted through our TV.

Creating traditions for my own family was always going to be a priority. We have a few. Rudloph always has his magic food sprinkled under our outdoor pine tree on Christmas Eve and, of course, we will be baking mince pies to name just two. 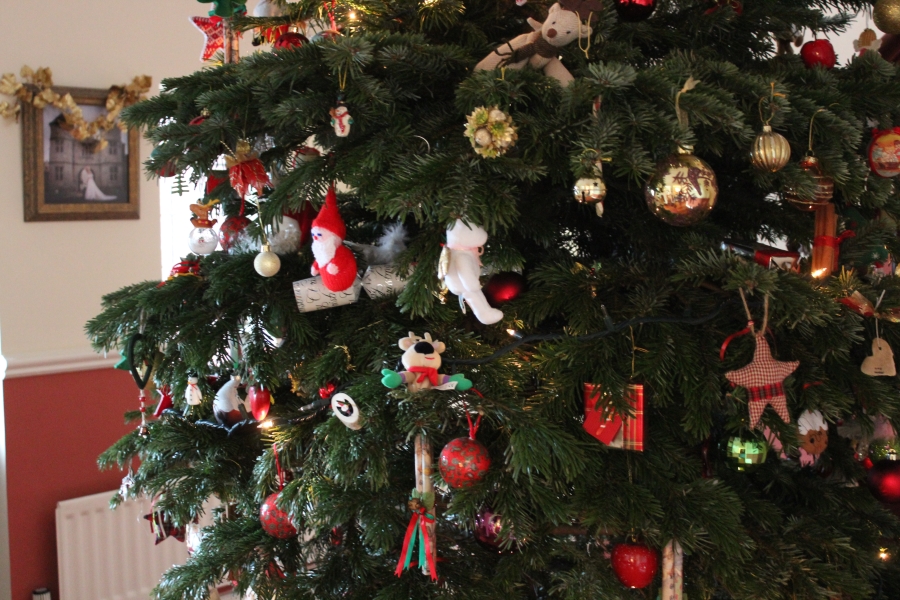 One favourite tradition happens when we first decorate the house. The kids wake up in Christmas bed linen.

It happens overnight – I’m not sure how – maybe there is an elf or two involved? 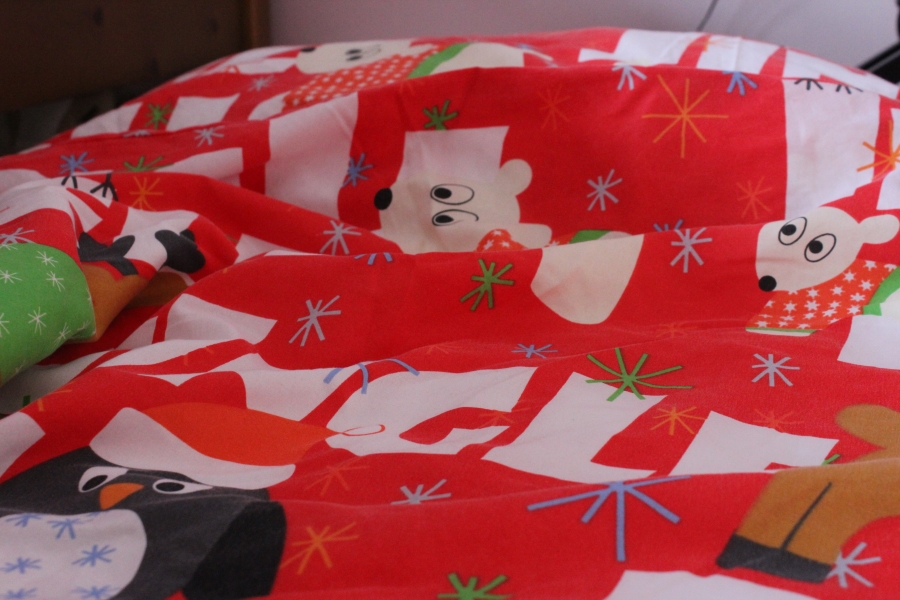 However senior elf may not have the memory she once had.

The other is a double, and the duvet on top is actually king size. Oops.

This was the compromise. It was too late to sort anything at short notice. Elves are pretty handy but not miracle workers!

Maybe a cushion cover would save the day? 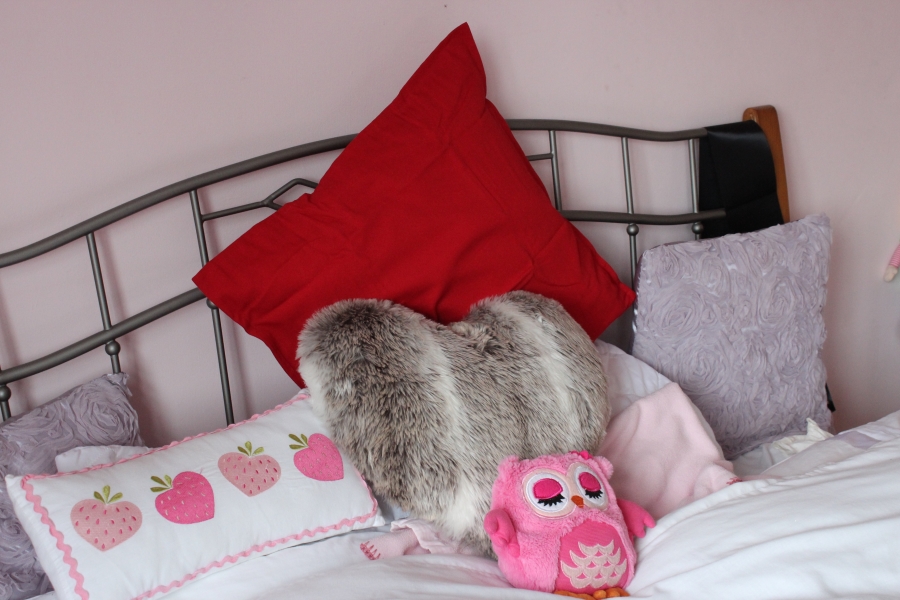 What do you think? Did it save the day? Hmmm not my best effort – but I have promised that I will be purchasing a duvet cover in the January sales for next year.

Just plain red cushion cover I know (I was desperate so got what I could) but I won’t be caught out next year – it’s on the to-buy list along with Christmas tree lights (they’ve been on the list for about 7 years since we moved house and started decorating a larger tree). But you know me I do like to think about purchases first – however maybe 7 years is a tad too long.

What Christmas traditions do you uphold each year?