Being completely honest, as far as blogging goes I’m a bit hopeless.

Back in July I threw out a challenge for myself (and others) to see whether £600 (or $600) could be generated through the sale of unwanted clutter from around the home.

My target was to achieve £600 by the end of August. Did it happen? No of course not, it’s me we are talking about here!

Now I know a lot of you were going great guns, but as I have failed to post about the £600 challenge recently I do not know how far you got. I’m thinking further than me?

At Chez Wright our combined family effort generated just under £200. We do have a few more items to sell which should generate at least £100 but hey, I didn’t get round to listing them (yet).

Now this could mean I have been so successful in reducing the clutter from around our home that there just was not the stuff to sell. Rather, I think, its just more probable that the £350 worth of stuff we sold in February and March (pre-challenge) kind of reduced my chances of generating a respectable amount of cash in a month.

I’m taking it on the chin – I did not complete the challenge! Ooops!

But as with all failures there is a silver lining.

The challenge engaged the Kids quite successfully. They were keen to declutter and set in their sights a goal to achieve a high value item they wished to acquire through selling their unwanted stuff.

We made up money jars as a visual way of seeing their stash increase day by day.

The money inside the jars being a combination of the cash generated from selling stuff as well as a little birthday and pocket money.

Between them, since July, they have accumulated over £400. 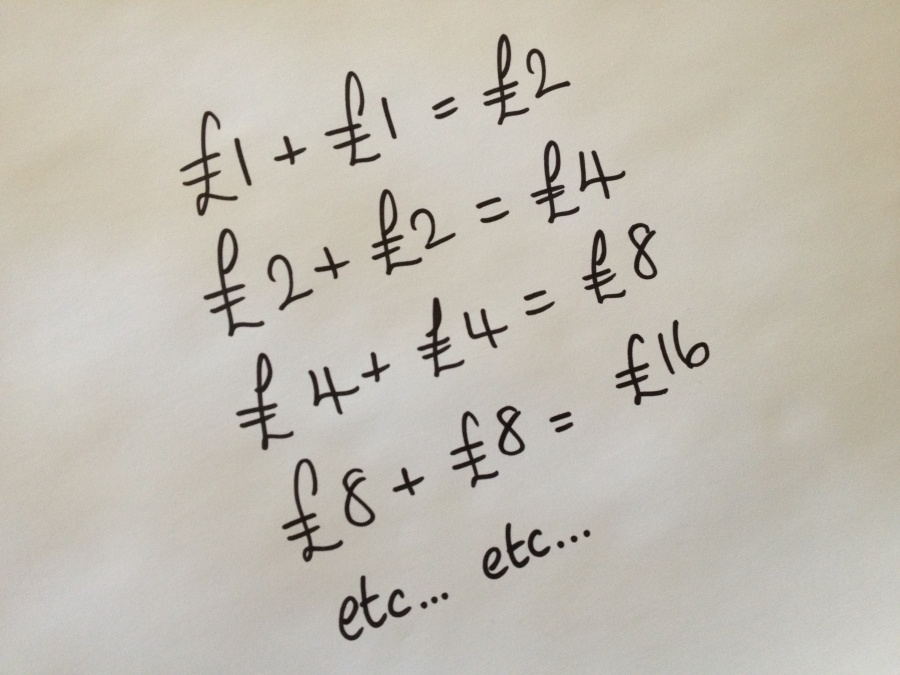 I’m deliberately using the word ‘accumulated’ because that’s how best to describe the phenomenon that has taken place.

Then when I heard Brian Tracy talk about The Law of Accumulation, it kind of made sense. However don’t ask me to explain it. I can’t. It just works.

You can a blog post about the subject written by Brian here.

He sums his post up with these wise words:

Action Exercises
Here are two things you can do to apply this law immediately:

First, decide upon your long-term financial goals and then resolve to work toward them one step at a time. The first steps are the hardest and you must discipline yourself to avoid backsliding into old habits.

Second, practice the law of accumulation in other parts of your life as well. Resolve to master a subject one page at a time. Lose extra pounds one ounce at a time. Learn a language one lesson at a time. The cumulative effect can be enormous.

If ever I doubted the effects of The Law of Accumulation, watching the kids slowly but surely get closer to their goal has devoured that doubt.

There’s an ever growing possibility that in the very near future there’ll be a gymnastics springboard in my lounge.

But that’s another subject altogether!