“Sometimes you’ve got to let everything go…purge yourself. If you are unhappy with anything…whatever is bringing you down, get rid of it. Because you’ll find that when you’re free, your true creativity, your true self comes out.” Tina Turner

The state of our garage was beginning to get the Hubby down.

It’s being used as a holding bay. As redundant stuff moves out of the house, it takes up temporary residence in the garage, whilst the best way to recycle, re-home, sell or dispose of it – is decided.

I needed to help. The garage isn’t really my domain. But some of the stuff is. Like a few paperback-remnants of my past.

The sun was shining in the UK, and we had the Red Hot Chilli Peppers to keep us company. On the stereo of course. I’m continuing to work my way through my historical CD collection.

Clutter gets a bad rap sometimes. Every negative, even useless clutter, has a positive – if you look closely enough.

I had a thoroughly enjoyable afternoon. A trip down memory lane.

Box 1 – My treasured teenage-years horror novels. I loved being scared. So scared I couldn’t walk down a dark street on my own. In hindsight, not that empowering for a young woman. 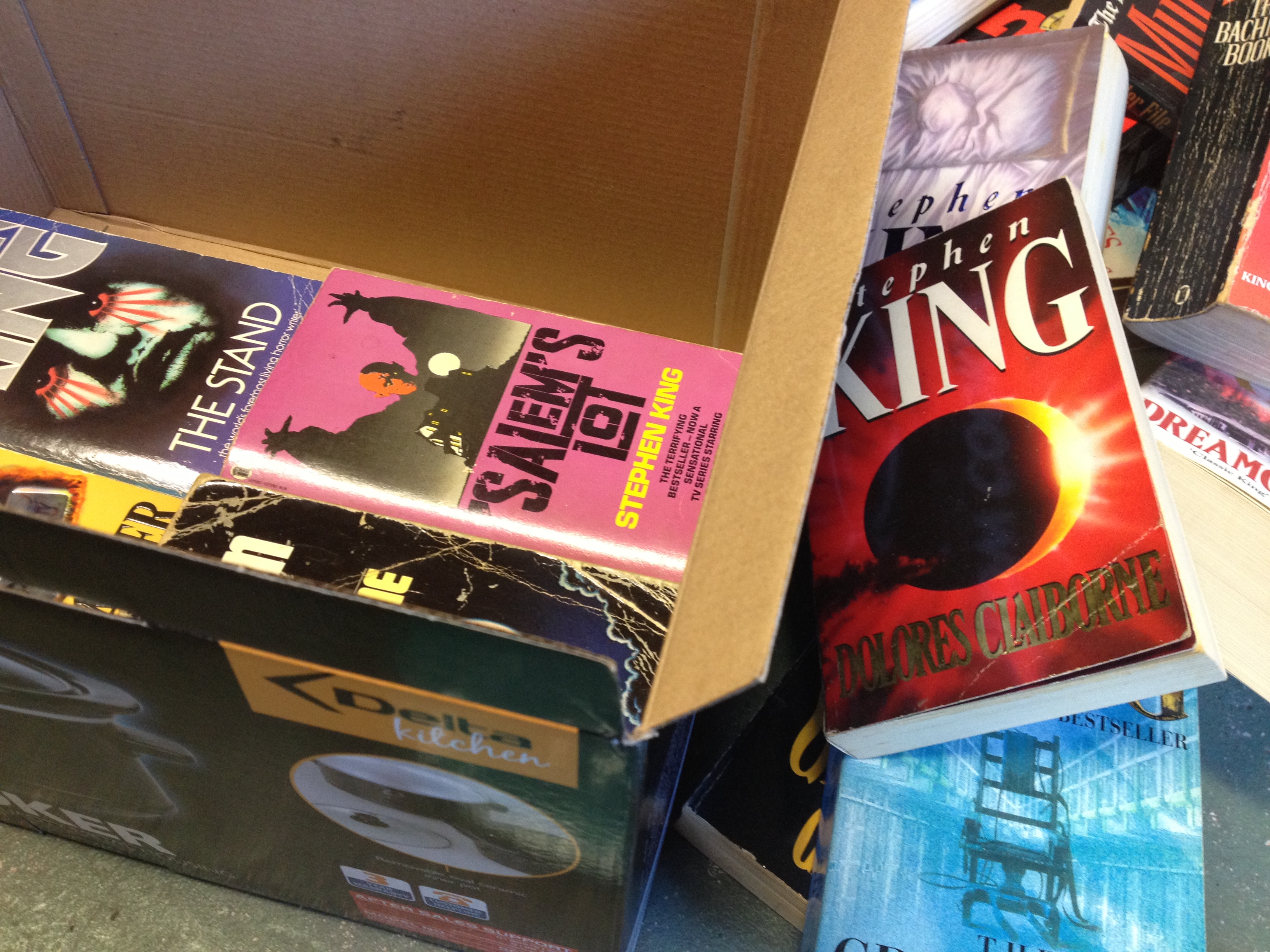 Stephen King’s exceedingly well written, if terrifying, novels are being rehomed. My adult nephew has adopted them.

Not sure I could read them now. Too scary.

*Had an unexpected treat recently. Stephen King makes a guest appearance in an episode of Sons Of Anarchy – blast from the past* 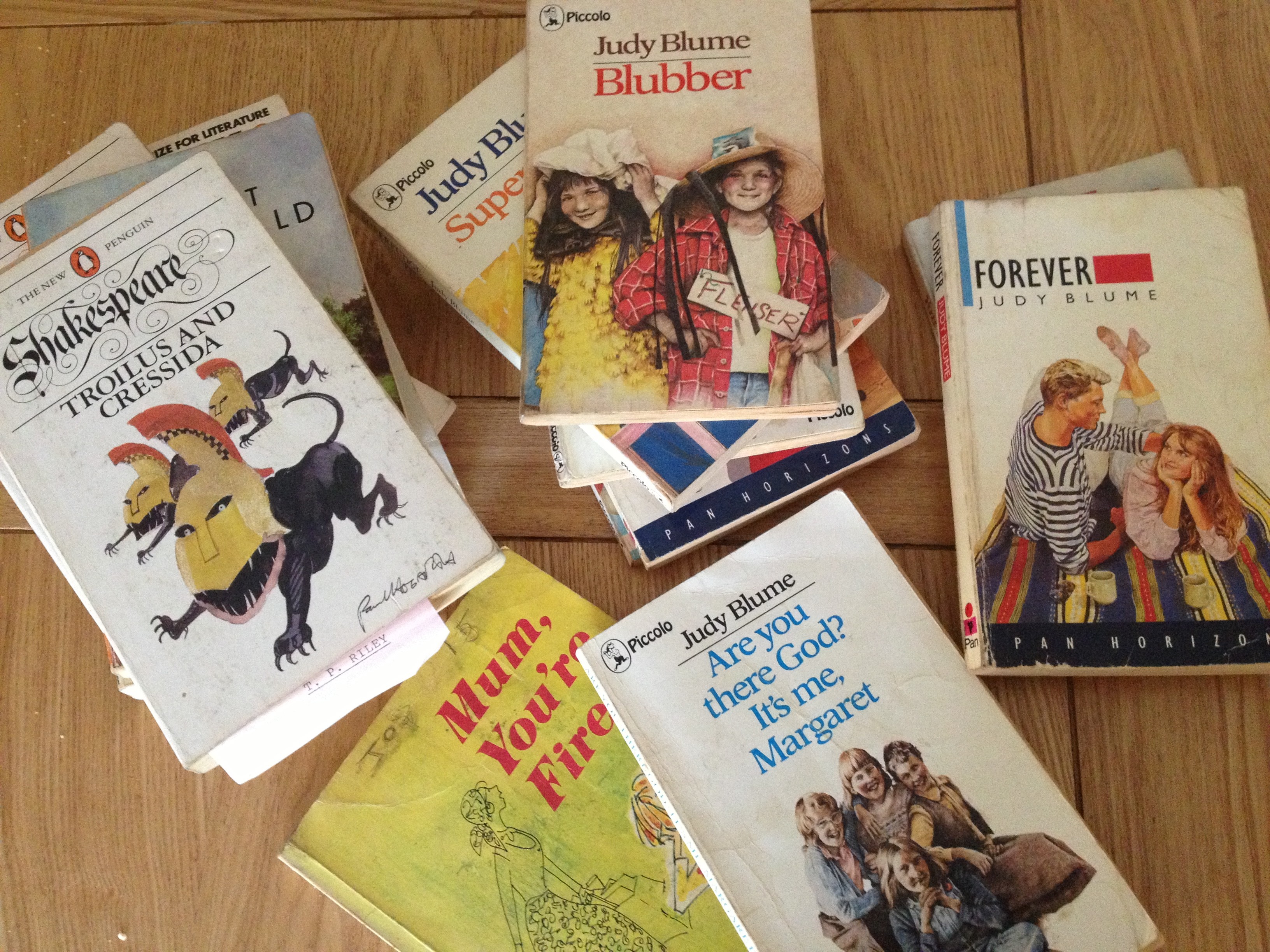 They were a reassuringly good read during those confusing years. 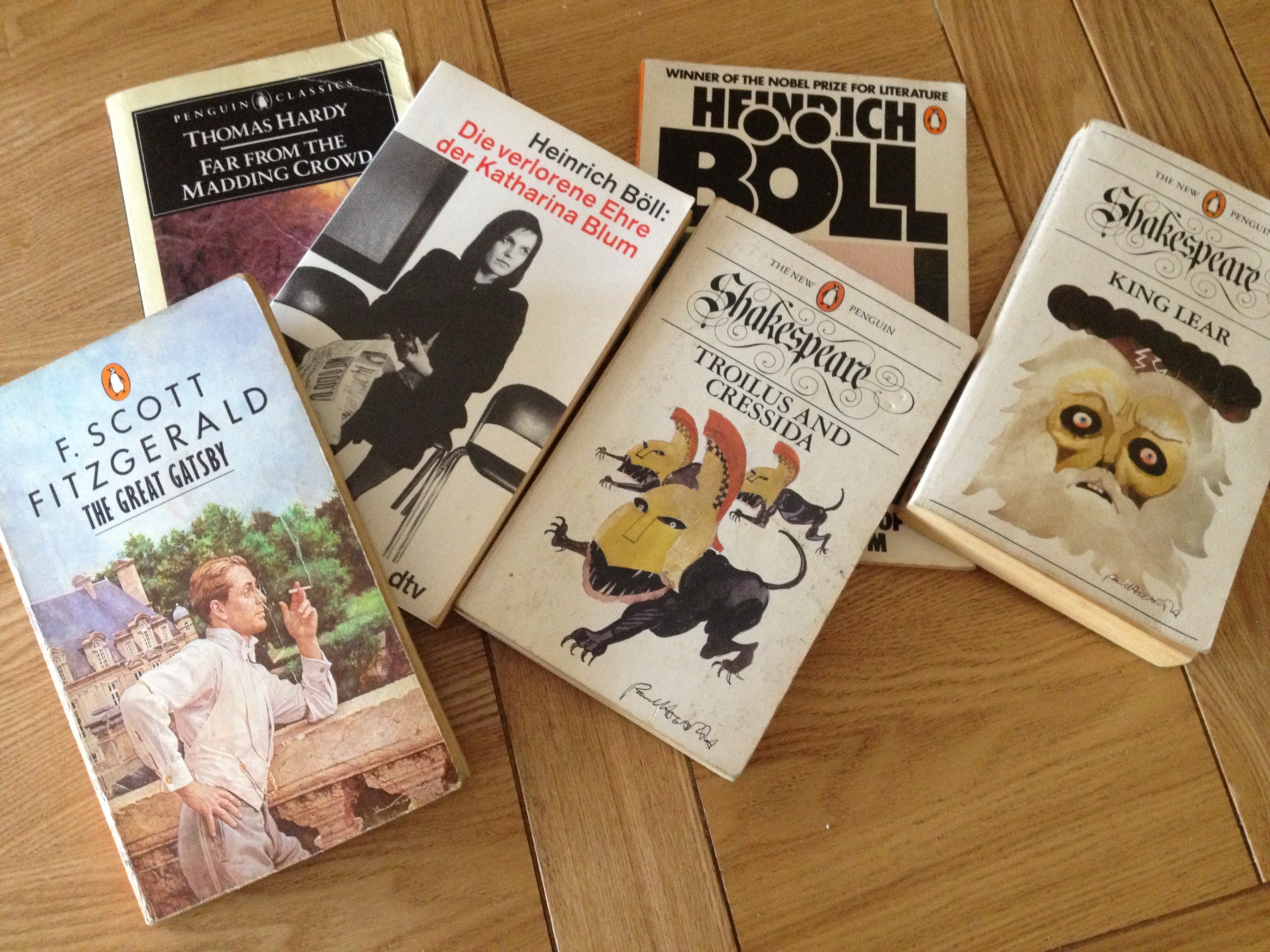 A quick flick through and I teleported back to the turn of the nineties.

The books were photographed for nostalgia and then they hit the recycling bin. The bin-lorry came this morning. They are no more. Just 2 books, in total, survived the cull. They’ve taken up residency in my authorised keepsake box.

Box 4 – theoretically not my box – but my clutter had spread into it.

I never realised my collection of quotes had started in my teenage years.

Finding a forgotten book, I opened it and found this quote on simplicity.

It was a good afternoon.

It was a productive afternoon.

It was also an educational afternoon. A valuable lesson learnt – enjoy the moment but move on.

(*The Tina Turner quote is rather more inspiring that what the content of this post is. It’s to be used again, in a much more relevant context. I just love it so much I’m going to use it till I wear it out.)