Going With The Flow (Of Life)

by SimplyBeingMum on November 17, 2016
Filed in Christmas 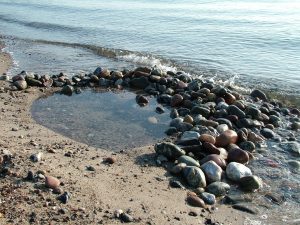 Some weeks it just goes quiet here at the blog. I’m in awe of bloggers who can stick to a steady schedule. My hobby blog is a ‘nice to do’ not a ‘must do’ – which undoubtedly is why I love being here so much, it is never a chore, and my decision to keep it [...]

by SimplyBeingMum on October 21, 2016
Filed in food waste friday

**The first part of this post, you are about to read, was started last Friday morning: Original title – How To Start Shopping Naked: It’s way too obvious to start this post with a pun. So I won’t. If you are reading this, I’m guessing you know what naked shopping is? Again I’ll resist the temptation [...]

by SimplyBeingMum on October 20, 2016
Filed in Christmas 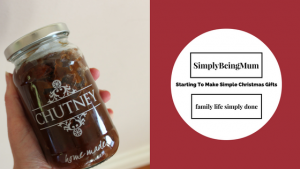 There’s no long lead into this post explaining my reasons for why I am making a large proportion of this years Christmas gifts. I’m hoping, as a regular reader, you’ve got the measure of where I’m at with Christmas consumerism :) (there’ll be links to further reading on my philosophy at the end of this [...]

Make This Life A Wonderful Adventure

by SimplyBeingMum on October 17, 2016
Filed in Inspiration 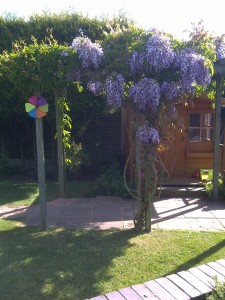 There is no doubt I’m a hippy at heart. And I do like to spread peace and love. Stay with me. I had planned to complete the aborted post from Friday about ‘Naked Shopping’. 72 hours ago the towel was thrown in after unforeseen (and undoubtedly) karmic circumstances prevented me from using my laptop – that story I will [...]

The True Cost Of Christmas

by SimplyBeingMum on October 6, 2016
Filed in Christmas

The true cost of Christmas may actually be temporary insanity. For me. For many. I haven’t felt quite myself since last Friday, when against my better judgement I relented and agreed to an impromptu shopping trip. I should have known better, many stores had just received the start of their Christmas stock. Let me explain… [...]

Can Carrot Soup Help You See In The Dark? 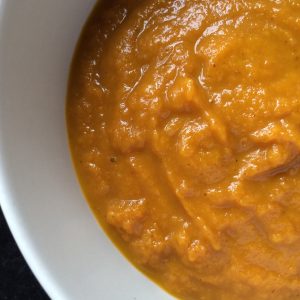 It was recently suggested that I have my eyes tested. It’s becoming quite common for me to enthusiastically wave at someone in the street to discover they aren’t who I thought they were. So far I haven’t gotten into any awkward situations, but it’s only a matter of time. Going to the opticians isn’t something I would [...]

by SimplyBeingMum on September 28, 2016
Filed in Soup Recipes 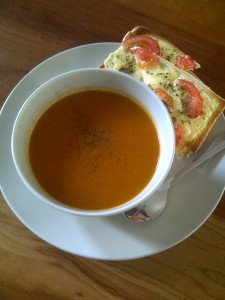 It’s that time of year when my thoughts start to turn to chutney and soups, one pot comfort food with hearty harvest ingredients. Rather than looking for inspiration by googling ‘tomato soup’, I decided instead to look back at my own blog – and found a recipe written over 5 years ago now. Sometimes I [...]

Spend The Autumn & Winter Months With Simply Being Mum

by SimplyBeingMum on September 26, 2016
Filed in Uncategorized 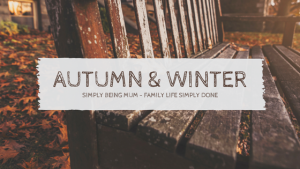 I’m sat here typing with a blanket around my shoulders, and increasingly cold toes, with a vague threat of frostbite lingering in my mind. Okay so maybe I’m exaggerating, it’s not that cold. Not frostbite temperatures, but there is a definite chill in the air, which is a stark reminder that autumn is definitely here [...]

by SimplyBeingMum on September 23, 2016
Filed in food waste friday

In a world where all news seems to be bad news and it’s constantly reported on screen and in the newspapers, it was a breath of fresh air to see this headline appear on my Facebook timeline yesterday: The UK’s first food waste supermarket has opened, and it’s ‘pay as you feel’ Britain’s first food waste [...]

by SimplyBeingMum on September 21, 2016
Filed in Recipes 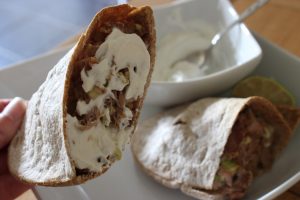 Let me introduce you to today’s new creation – My Tuna and Avocado Baked Pitta Bread Recipe! From time to time I remember to eat really well. To feed my body not just what it fancies, but what it will benefit from nutritionally also. Today I fancied tuna.  I always keep canned tuna in the cupboard. [...]

Next Posts Previous Posts
Welcome to SimplyBeingMum – one mother’s personal website documenting the journey toward a family life simply done.